1. Write the expression for three times the sum of twice a number and one minus 6.

Explanation: The expression is three times the sum of twice a number and 1, which is 3(2x+1). Then, 6 is subtracted from this expression.

Explanation: To simplify this inequality, subtract 3 from both sides to get:

Then, multiply both sides by -2 (remembering this flips the direction of the inequality) to get x ≤ 2.

Explanation: Multiplying by 10^(-3) means moving the decimal point three places to the left, putting in zeroes as necessary.

Explanation: The total fraction taken up by green and red shirts will be:

The remaining fraction is: 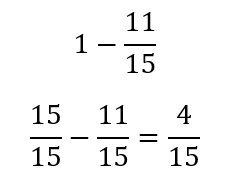 Explanation: Robert accomplished his task on Tuesday in 3/4 the time compared to Monday. He must have worked 4/3 as fast.

7. A rectangle has a length that is 5 feet longer than three times its width. If the perimeter is 90 feet, what is the length in feet?

8. A company invests $50,000 in a building where they can produce saws. If the cost of producing one saw is $40, then which function expresses the amount of money the company pays? The variable y is the money paid and x is the number of saws produced.

Explanation: For manufacturing costs, there is a linear relationship between the cost to the company and the number produced, with a y-intercept given by the base cost of acquiring the means of production, and a slope given by the cost to produce one unit. In this case, that base cost is $50,000, while the cost per unit is $40. So, y = 40x+50,000.

Explanation: The formula can be manipulated by dividing both sides by the length, l, and the width, w. The length and width will cancel on the right, leaving height by itself.

10. The square and circle have the same center. The circle has a radius of r. What is the area of the shaded region? 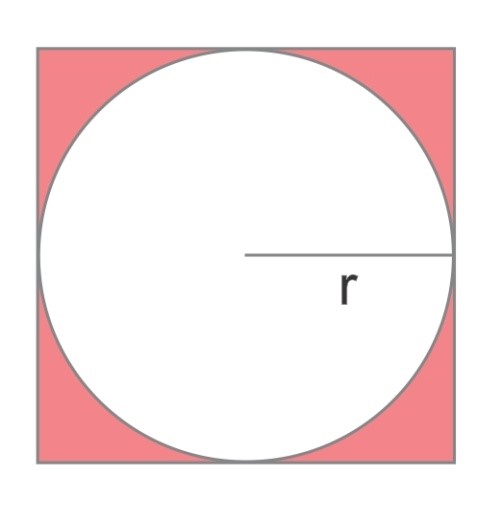